That Little Voice Inside My Head 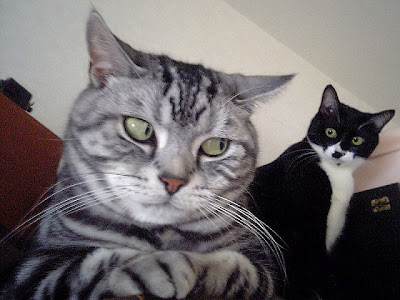 We all have a little voice inside our head, right?  I mean, it’s not just me and the people in the asylum?  The little voice inside my head doesn’t tell me to run naked down Main Street babbling about being probed by aliens or anything, so that’s a good sign.

Actually, that little voice can be annoying as hell because it’s always right……and I’m half dense half the time, and ignore it then suffer the consequences…….hence, annoying.   Ok, maybe I’m more annoyed at my “half dense half the time” self than the little voice but I’m in denial about my thick skull which I’m starting to think is about 4″ thick with a little bitty peanut brain inside.

For example:  I use an airbrush , airbrush paint is thin, and comes in plastic bottles with flip top lids with a little hole for the paint. I might have a bottle of paint for a couple of years and apparently plastic can get brittle over time and with cold temperatures.

One day after a long  winter of hibernating, I was trying to  squeeze some paint into my airbrush, but there was a dried up paint plug in the little hole, so nothing was coming out.  Now keep in mind that this has happened countless times before. I knew exactly what the problem was and the potential outcome even without the little voice inside my head saying “Excuse me, Laurie. Please remove the paint plug with your paint plug removing tool.  If you continue to squeeze harder and harder to force it out, the bottle will break and paint will cover everything including your artwork.  Do you really want that to happen?” Always so calm and reasonable, that know-it-all voice.

I reply (in my head, not out loud… I’m not crazy!)  “Aw shuddup you, I don’t need no stinkin’ paint plug removing tool…”.

Within five seconds my super human strength breaks the old brittle bottle, and paint explodes violently everywhere……again.  Only this time it’s worse than ever before because this was an extra large bottle that was at least half full…….lots and lots of paint.

I sat frozen in shock for several minutes, mouth hanging open, paint dripping off my face and my hands, globs on the ceiling, the wall, my artwork, literally everything within a twelve foot radius.  Finally in a daze, I walked into the house, opened the door, and just stood in the doorway for another frozen moment of shock, while Jamie (my boyfriend) and our friend Zach stared at me horrified.  Zach immediately starts his “Hee..heee..heeeee….heeeeeee”.  Jamie at least tries to sympathize between bouts of barely suppressed  laughter but finally he couldn’t hold it in any longer, and they both just let loose with uninhibited glee.

Gee I’m so glad my misfortune is so entertaining…….  I got into the shower fully clothed and it took me a good 45 minutes to stop seeing cobalt blue swirling down the drain.

So will  I just squeeze harder the next time there’s a paint plug in my bottle?  Probably.  The lesson seems to have only penetrated the first inch of my four inch thick skull.

Have a beautiful spring day  and Happy St. Patrick’s Day!