Archive for the ‘meaningless musings’ Category 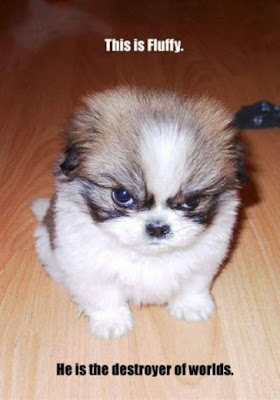 I signed up for a twitter account and accidently put my user name as “Primalpanter”.   What the….?!

To Blog or Not To Blog

LOLOLOL, I know I’m probably twisted, but that picture is Hilarious!!!

Someone said to me yesterday, “So Laurie, are you making any money off your blog?”  I stammered, stuttered, shifted uncomfortably from from foot to foot, squirmed around a little, and  said “Ummmm, well, you know, uhhhh…no”.  So then he asks me “So have you sold anything on your Etsy site because of your blog?”  I look around the room checking for possible escape routes and contemplate trying the classic  “OMG, what’s that!” and when he turns around to look, I’m gone.  But instead I said “Well, its…I dunno, you know how it is…..ya gotta start somewhere….I mean, well, no”.

So then his girlfriend chimes in and says, “Ya know, people who read blogs like how-to’s, maybe you should write some how-to’s. that have to do with Etsy”.  A very insightful idea, I must say, but one to which I replied “Good Gawd, it if weren’t for Other People’s How- To’s, I’d still be staring at the computer wondering what the heck a blog is (among many, many other things).  She says “Well you should at least stick to Etsy subjects because the point is to sell stuff, right?”  I moan and groan, roll my eyes and gnash my teeth.  I mean, Etsy’s great and everything, it’s just that when I hear that word “should”, I think of housework….(Me no likey the housework).

I’ve decided that I’ll leave the how-to’s to Other People That Know A Heck Of Alot More Than I
Do, and I’ll just stick to my random, frivolous, impulsive, shoot- from- the hip style even if it doesn’t make money or drive traffic. “Not everything has to be about traffic and money!” I announce loudly with some defiance verging on open rebellion.  FYI, if you want to clear a room, just use a loud defensive tone of voice , fling your arms a little and toss your hair, don’t forget the tossing of the hair….verrrry important.

Now, what organ should I sell to pay my electric bill this month? lol

PS:  Oh before I forget, check out my Etsy Shop Primalpainter-Modern Abstract Art.  I’ll have some new things soon.  I’m working on something today and it’s not a “should” it’s a “want to”……verrrrry important.