Archive for the ‘birthday’ Category

My Freak Out Moment Over Andi’s 21st Birthday 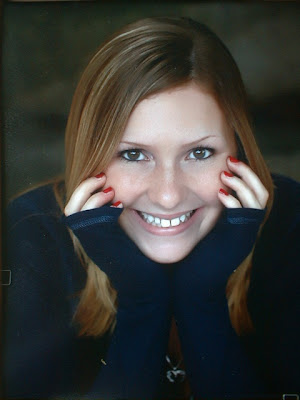 Today is my daughter Andi’s 21st birthday.  Good……….GAWD!!!!!!!!!  Am I freaking out?  YEESSSS!!!!  She’s an adult now, I tell myself, but dangit, that doesn’t mean that I have to treat her like an adult (said with great defiance).  Or does it…. (said with a moan superimposed with a whine). Craaaapp.

I suppose I’ll have to face the music when we go out this afternoon and I buy her a drink…..in a bar…….and watch her drink it…….  (Oh, I  had a stomach heaving moment there.)  As I stare into space with a daydreamy look on my face,  I think “Maybe it would help if I drank a few shots of whatever liquor they serve these days to dull this disturbing moment.”  As the fantasy proceeds, I see myself being carried home in a drunken stupor mumbling  “My daugher’s 21 and I’m old,  my daughter’s 21 and I’m old…..” 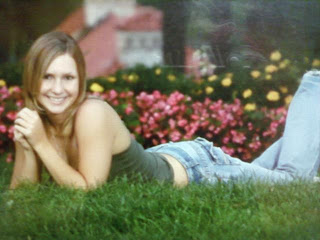 At least it isn’t as bad as when I dropped her off at college a couple of years ago. That little incident was freakin’ traumatic, TRAUMATIC I tell ya.   I acted out quite a bit after she moved away but thankfully nobody was killed, injured or emotionally crippled during my empty nest  period of psychosis.  I won’t go into the sordid details……….

Seriously though, without all my drama queen antics, I’m really proud of her.  She’s way smarter than I was at her age.  (Well, except in the area of handling money which again, I won’t go into the sordid details.)  She works really hard and alot (she makes more money than I do, how disturbing is that?), supports herself, is bright and goes to college, works out all the time, has lots of friends, a good boyfriend (that I haven’t met yet), she’s got a good head on her shoulders and seems to learn her life lessons much faster than I ever did (except when it comes to money….ack!), she’s a talented artist and writer, she’s courageous and adventurous, she’s pretty and has loads of self respect and self confidence, she has integrity and knows right from wrong, she’s my biggest fan and I’m hers.

Awwwwwww, ok I feel better.  Maybe I just needed to write it all down and see it in black and white to realize that I don’t have anything to worry about.  After all,  she’s most definitely smarter and more together than I was at her age and I turned out ok, (although there might be some debate about just how well I turned out. lol).